People often ask me what inspired me to live a Zero Waste lifestyle. At this point I’ll have to somewhat digress, because it wasn’t a single event but rather a process that made me want to change my life.

During this process many documentaries shaped my opinion significantly. I’d like to share my favorites with you because they’re super factful regarding our economy, the consumer goods industry as well as how waste arises, waste management, climate change and consumer behavior. Also you’ll recognize how my present mindset evolved over the years.

Some of the documentaries were definitely game-changing for me. I’m so glad I stumbled across these films back then.

This documentary uncovers how planned obsolescence has shaped our lives and economy since the 1920’s, when manufacturers deliberately started shortening the life of consumer products to increase demand. Besides specific examples and historical backgrounds it’s about the economical and ecological consequences of consumerism. The film explains our throwaway society, where things are primarily not repaired but rather just thrown away and replaced by new ones.

Until I watched this film I had neither heard of planned obsolescence nor anticipated that companies deliberately build products with weaknesses. This documentary was the impulse that had a lasting effect on my attitude towards consumption.

The Age of Aluminium

The film portrays the age of aluminium and shows bauxite mining as well as the refining of this light metal. Large amounts of resources and energy are needed for the production which can lead to environmental disasters with lethal consequences. Furthermore the documentary discusses that the toxic effect of aluminium directly influences modern diseases of civilization like Alzheimer’s and allergies.

A very powerful film. Before, I just heard that deodorants with aluminium are questionable but wasn’t aware of the effects and impact of the usage of aluminium. Since I watched this documentary I’m strictly avoiding aluminium of any kind.

The film shows the dangers of plastic and synthetic materials of various kinds and their worldwide distribution. Plastic is omnipresent and plastic waste can be found even on the farthest places on earth; the effect on nature, animals and humans is illustrated.

I watched this documentary quite late when I had already transitioned to live a Zero Waste lifestyle. Nevertheless it was an eye-opener for me and reconfirmed that I deeply want to contribute to protect our nature and ban plastic as far as possible from my life.

The documentary is about a couple who tries to live a Zero Waste lifestyle for one year as a competition against each other. The challenges every »Zero Waster« has to deal with are illustrated and their efforts to fight the extensive environmental impacts of our throwaway society are shown accompanied by inspiring interviews.

I watched this rather light-hearted film with serious content when I started with my first Zero Waste steps and felt very motivated and well-informed afterwards. A great kickoff to enter the topic waste prevention.

Waste is a global challenge that affects everyone, which this documentary shows. The film analyzes the causes and effects of the seemingly innocuous act of »taking out the garbage«. It portrays the circle of nature where everything recurs and that microplastics for example accumulate in fish and that dioxines in soil and air have fatal consequences for the human organism.

One of the documentaries that educates and underlines exactly my opinion regarding the whole problem – The hope for a solution to which all people can contribute: produce less waste.

Some of these documentaries are not the latest but since they deeply influenced me and the problem is still up-to-date they don’t lose any relevance at all. Which documentaries shaped you? Do you know the mentioned films already?

In the 2nd part I’ll show you which other important documentaries inspired me recently. 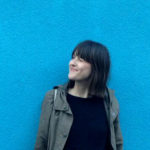 Welcome to freeofwaste - a blog about Zero Waste, sustainability and minimalism.
Enjoy the read, Susi ♡